The Mane6 are dead. Long Live the Mane6, now with added Lauren Faust 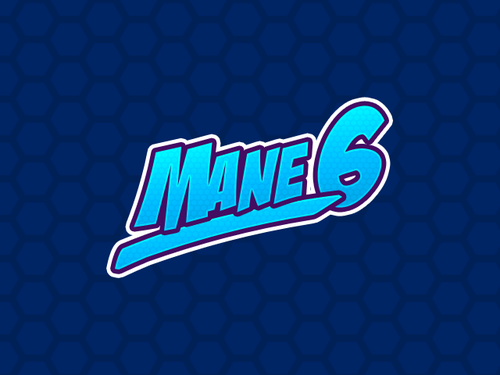 We first reported on the Mane6 back in June of 2011. They had started work on an ambitious project called Fighting is Magic. It was a fighting game based around the My Little Pony: Friendship is Magic characters and property. It gained such momentum and progress that it was even selected as one of the featured games at EVO, a very large fighting game conference.

To noone’s surprise, but everyone’s disappointment, Hasbro finally got around to sending the Mane6 a cease and desist letter, insisting that they stop using the My Little Pony intellectual property. Despite the Mane6’s best efforts, no compromises could be reached with Hasbro. Directly after the announcement there was a ray of light in the form of a tweet from Lauren Faust, the My Little Pony: Friendship is Magic show creator.

@manesix want some original characters to make a new game with?

Not much was heard about this, but clearly things were happening behind the scenes.

Join us after the jump for the rest of the story!

This morning a new blog post went up on the Mane6.com blog. The post essentially announced a partnership between the team and Lauren Faust to continue work on the game, but with new original characters that will not be based around the My Little Pony franchise. It sounds like everything is still in the very early stages of planning, but work has begun once again.

Here is the full text of the post from the Mane6 blog:

We have good news and bad news.

First, the bad news: We’ve tried a few different ways of talking to Hasbro about getting special permission to continue the game, but it seems that is officially a dead end, and it’s time for us to move on.

The good news is that the game is not dead!

We’d like you all to warmly welcome Lauren Faust to the team:

Hey folks! I’m so super psyched to be a part of this! I hope I can do my little part to help Mane6 finish up this game in a way that stays true to the spirit of the original—but in a way that can freely be shared! I hope you like what we come up with. -LF

She’ll be working with us (or is that the other way around?) to create all new characters for Fighting is Magic.

Yes, we know what you’re thinking, and yes, she is pretty kickass.

So what does this all mean? It means that with Lauren’s help, we are going to finish this game, but it will no longer be based on the MLP franchise. It will be all new characters in a new setting, while keeping the moves, mechanics, and style of the game we wanted to make from the start. This means a lot of work for us, and a bunch of new challenges, but we’re excited about the possibilities that come along with them.

We are still in the early concept stage and can’t wait to update everyone on what we come up with together. We will provide plenty of opportunities for you guys to get to know the characters and their world.

We know you guys will have a lot of questions, we’ll do our best to answer them, but at this early stage some might be a bit hard to tackle.

Thanks for sticking around for the ride. <3 – Mane6 team.