Buy the comic on Amazon!

My Little Pony: Friendship is Magic #2 ranked 54th overall among the top 300 comics for December 2012. The reprinting of the first issue came in at rank #229 with 6,651 additional books.

Despite the sharp drop off from the first issue, you can see here that MLP is still the top title for IDW for the second month in a row by a significant margin. 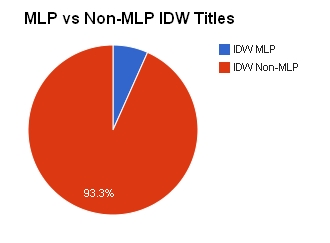 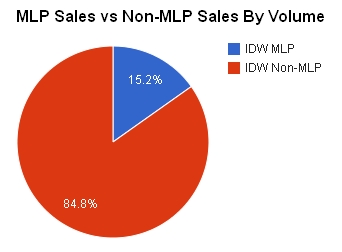 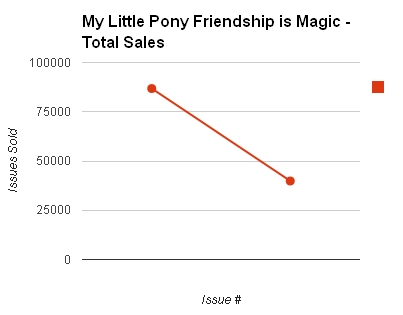 I’m still fiddling around with these charts. Its not super obvious what the values are here (#1: 86,779; #2: 39,841), but the sharp fall off from the first book occurred as expected. It will be interesting to see how the book performs now that there will be fewer incentive covers (assumption!) and purchasing will be more indicative of the quality of the product instead of speculation on the first issue.